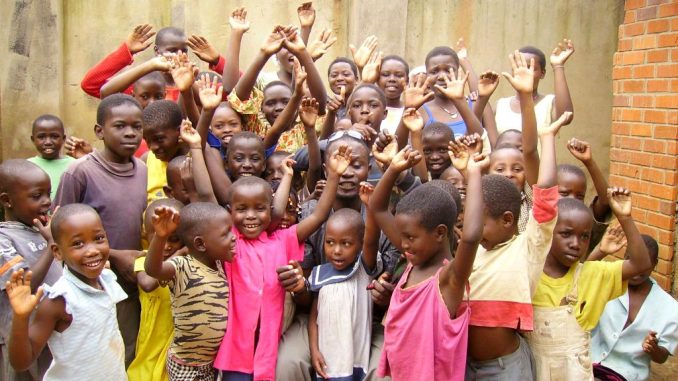 An orphan is a children without parents, in Uganda we base ourselves to both single orphans and double orphans, An Orphan is a single parent child but a double orphan is child whose parents have died however several children who are orphans in Uganda are as a result of HIV which is very rampant but Malaria in Uganda also contributes to the death of parents which leaves behind several Orphans without care, Parents also die due to lack of qualified doctors in Uganda to attend to mothers delivering Children in Hospitals as a result, there is lack of care which leads to many parents especially mothers at the verge of dying while delivering children due to over bleeding which leads to their death.

A child who has lost both parents as a result of HIV in Uganda is tantamount to an Orphanage the facilities that are still lacking in Uganda but of which Mwendo Needy Children and Orphans project Uganda is determined to put in place given the Opportunities, Orphans end up leaving home to go to the streets of all towns in Uganda without care, they feed in dustbins in all town but also go on the streets to beg which is bad for as young as children at the age of 5.

Uganda to help, Your support is needed to help Orphans in Uganda both financially and physically support at the centre but in order to support Orphans in Uganda, You could help in raising funds not only for one child but for the entire Orphans in Uganda, other people have decided to reduce on their expenditures and Concentrate on Orphans in Uganda for support however looking forward to get in touch with you in case you have any interest in Sponsoring an Orphan in Uganda

Mwendo Needy Children and Orphans project has formulated a range of safari tours in Uganda for those who would love to travel to Uganda to support the cause. Will start the tours in Kigali or Kampala, Travel to Murchison falls National Park, Kibale National park, Queen Elizabeth National park, Bwindi impenetrable National park, Lake bunyonyi and Lake Mburo where you shall have different activities. After the safari, you will spare some time and volunteer with Mwendo Needy children with the young children, Participate in community development work through Agricultural farming, Environmental conversations and health.
All tours activities are conducted by local Ugandans drivers and guides who will take you around the country but also travel deep into local communities of Uganda to learn cultural norms of the people of Uganda.

We Are Here To Assist You